It's always a great time to play WoW when it is in the starting phase of a new expansion. For the majority of the people it's the new content, the new instances, the new raids, the new PvP seasons but for some it's the new opportunities to make gold. Well if you are one of those people that enjoys a combination of those options, but you also value the last one as well then read on about the possibly most profitable profession early on in the expansion.

This profession as the title says is Inscription. For this expansion the Scribes will have additional ways of making gold besides the normal glyphs/MFC.

But first lets make one thing clear, the old ways of making gold with Inscription are still very much going strong, and even more because it is the start of the expansion. This old way that i am talking about is the Darkmoon Card Of Mists , which is as the name explains the new version of the Darkmoon Faire trinket card. As you can see on the image above, the sale price for those cards is quite high, i've sold mine for anywhere from 3-10k depending on the card, and the best part is that they do sell quite fast. There is a catch as well here though, in the previous expansions we could mill away and make a metric ton of the cards due to our supply of inks, but in MoP this has been modified a bit because in order to craft one of these bad boys you will need a Scroll of Wisdom, and you get this from a daily. So more or less you can produce a single card per day ( 1 extra per week if you do the weekly quest ). 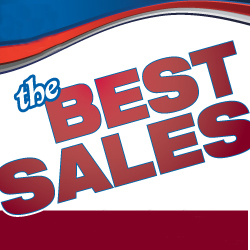 Another one of the really good income sources for Scribes in MoP is going to be the shoulder enchant market. Unlike the Cataclysm expansion where in order to get a shoulder enchant you needed to grind reputation, in this expansion you need to buy it from a Scribe or the AH where a smart scribe has posted his stock.

The only thing that kinda sucks is that crafting the shoulder enchants like Intellect one as well as the rest of them is quite cheap to make if you do a lot of milling and have a steady income of Starlight Inks, so this should be a good earner as well.

Last but not least, with the release of MoP we see the arrival of new people, and the return of some of those people that didn't play in Cataclysm. What this means is that these people haven't heard about the Mysterious Fortune Cards, and now it's all up to you to introduce them to the wonderful world of gambling their gold away. And if you are wondering how to get more inks to craft them, don't worry as with this coming server restart they will update the ink traders to work with the latest inks so you will be able to trade down.

So the important thing to know about Inscription is:
So, like always, keep an eye out for good opportunities out there.

Email ThisBlogThis!Share to TwitterShare to FacebookShare to Pinterest
Labels: Inscription

Things i approve of !